Ticket to the World

"Who, among all of the Village People, did you think might become a solo star? My choice was always Randy Jones."--Liz Smith,

"Who, among all of the Village People, did you think might become a solo star? My choice was always Randy Jones."--Liz Smith, Syndicated Columnist

"A WINNING "TICKET"! One of the most consistent things about Jones is his love for dance music, something that comes through loud and clear on his new album "Ticket to the World"...there has never been a more apropos album opener than "Your Disco Needs You."! --CHICAGO FREE PRESS

"In the case of original Village People cowboy RANDY JONES, he has a new CD of pop covers called 'Ticket to the World',.. he's not just alive but kicking." --VILLAGE VOICE

"Original Village People Cowboy Randy Jones helped define a pop era, and he is back!" --BILLBOARD

"One of the best-loved performers of the modern music era." --NEWYORKCOOL.com

"At NYC's hotspot, The Plumm for Rita Cosby's huge bash, guests were treated to a surprise performance by Village People's Randy Jones who brought down the house!" --TIMESSQUAREGOSSIP.com

"Perhaps the album's most touching moment is when Jones tackles "No Matter What" from Sir Andrew Lloyd Webber's underrated 'Whistle Down the Wind'. Sung by a wise man, such lyrics as "no matter what they tell you...what you believe is true" bring on a whole new meaning and poignancy." --NEXT Magazine

"I love disco and in particular the new album 'Ticket to the World' from Randy Jones, the original cowboy from the Village People." --PAPER Magazine

"Randy Jones: Kickin' ass and still a party in boots! Disco icon Randy Jones may be best known as the original Village People cowboy, but he also has a successful acting career. After appearing in such off-Broadway hits as 'The Madonna Whore: Confessions of a Dirty Mind' and last year's 'Sodom: The Musical', Jones has a new CD, 'Ticket to the World', a straight-up dance album of handpicked pop and disco classics that reminds us why we love to dance in the first place." --HX Magazine

"Eclectic, diverse…the dance remixes are a real treat... This is the cowboy’s new frontier!" --TALENT IN MOTION Magazine

"He's a legend, a Disco icon and one of the coolest cowboys in town...Randy Jones was cowboy before cowboy was cool." --NEXT Magazine

"Icon Randy Jones is back, riding high all over town. A ubiquitous figure -- not just on the party pages -- but on stage, on screen, and on TV -- it seems he can't stop getting gigs." --Time Out New York

"One of the most beloved entertainers and pop icons from the Disco era, American Music Award winner Randy Jones came to embody The Cowboy in Village People in a way that has captured the public imagination for decades." --NEW YORK POST

As renowned entertainment writer Liz Smith's choice of all the Village People to achieve individual fame, Randy has been showered with commendations in his career, including the GEORGIE AWARD (presented by the American Guild of Variety Artists), multiple BILLBOARD MAGAZINE DANCE FORUM AWARDS, the prestigious GOLDEN LION, Canada's JUNO, The Radio Television Luxembourg RTL DIAMOND AWARD ,Germany's BRAVO AWARDS and the Holy Grail of Rock & Roll, the cover of ROLLINGSTONE MAGAZINE.

"RJ" has sold in excess of 100 million units in his recording and film career. He has starred in the motion pictures "Three Long Years", "Beyond the Facade", "A Tale About Bootlegging" and "Can't Stop the Music", among others. In NYC he has starred in the play, "The Madonna Whore: Confessions of a Dirty Mind" and the musicals "Bingo City" with Anita Gillette, "Sodom: The Musical" with Jonathan Kaplan, and toured in "Meet Me in St. Louis" with Cathy Rigby, "Carousel" with Ed Ames, and "Funny Girl" with Carol Lawrence, "Music Man", "Will Rogers Follies", "Chicago", and "42nd Street".

In his new eclectic pop collection, the CD TICKET TO THE WORLD, RJ reveals yet another dimension of his ability which may surprise more than a few people. With wide-ranging material by some of the pop greats, including Sir Andrew Lloyd Webber, Jim Steinman, Depeche Mode, Robbie Williams & Kylie Minogue, Pet Shop Boys, Neil Diamond and a gem by the Bee Gees, he reinvents a set of pop classics in a smooth, sexy style.

As a bonus, TICKET TO THE WORLD is packed with remixes by some of today's hottest remix artists, including Man Parrish, 2Fabu, FC Nond, and Marcos Carnaval & Max2...guaranteed to move your feet and induce "Saturday Night Fever"!

YOUR DISCO NEEDS YOU

…so go the shoutouts from a gaggle of gals in a black jeep rolling down a New York City avenue. The cowboy waves and shouts a familiar “Howdy ladies!”

Squeals and giggles fade from the jeep as it makes its way down Broadway, melding into Manhattan.

The cowboy is Randy Jones, best known for playing that character in the seminal 70’s disco group, Village People.

Lately the cowboy’s profile has been elevated due to appearances on VH-1’s Best Week Ever, Logo, and E!, the re-release of the camp classic 'Can’t Stop the Music' on DVD, regular appearances in newspapers and magazines, personal appearances (including the Trump Taj Mahal and the Kentucky Derby), and off-Broadway stints playing characters ranging from Cupid to (gulp!) God himself. Two new films in which the actor appears will also be released in 2007.

But closest to this cowboy’s heart is the release of his new full-length CD, TICKET TO THE WORLD.

"I’m truly psyched about it. The work we've done with producer Frosty Lawson has exceeded my greatest expectations.”

The CD is essentially a double-album, with one full-length album of pop greats, and one album of remixes by some of the hottest new remixers like Marcos Carnaval, FC Nond, and 2Fabu, as well as established superstars like Man Parrish.

TICKET TO THE WORLD is indeed destined to be a crowd-pleaser. The CD explodes into life with “Your Disco Needs You”, a track that has all the brashness, bravado, and camp of the classic Village People hits braced with the fervor of Broadway's “Les Miz”. Next up is a fresh interpretation of the Saturday Night Fever hit “If I Can’t Have You” blending audacious disco horns with electronica elements delivering a purely modern arrangement.

The overall feel of the CD is fun. “It’s dance-friendly,” says Jones. “I did this CD for my fans and for myself.”

Other tracks include the Monkee’s 60’s hit “I’m a Believer” at a pulse-pounding 165 beats per minute, concluding with a Hallelujah chorus worthy of a Sunday morning in church with Elvis himself. “Rhinestone Cowboy” is given a two-steppin' chicken-fried, Country-House feel, complete with fiddle and banjo. “New York City Boy” is in your face with the brash, hairy-chested treatment, complete with blazing NYC horns that the Pet Shop Boys version lacked.

Andrew Lloyd Webber’s “No Matter What” (from Whistle Down the Wind) is imbued with the aura of a boy band...not unfamiliar territory for RJ. For Depeche Mode’s “Freelove”, RJ delivers a creamy jazz vocal in a ballad worthy of Sting, complete with Chris Botti-like horn solos. And “Sleeping” (a former Rick Astley hit) comes alive as a monumental epic in the near-ten minute remix by the 2Fabu team.

The other remixes range in styles from Tribal to Brazilian to classic and funky House to Electroclash. The legendary Man Parrish gives "New York City Boy" his pro genitor electro treatment and 2Fabu instills "If I Can't Have You" with a muscular funky-house feel.

“It’s a non-stop 78-minute party, with time to listen and dance.” says Jones.

The CD is released by Pop Front Music and is currently available on iTunes (and forty other digital distribution services), at CDBaby.com, and at Amazon.com. 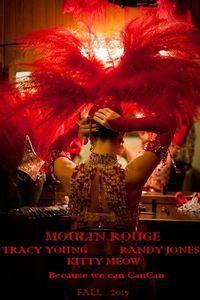